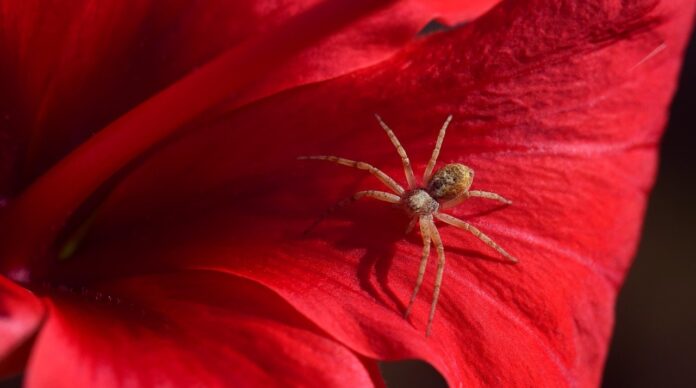 Approximately 3,000 species of spiders live in North America as of 2021, out of 40,000 known worldwide. Knowing which spiders are most common-and which are potentially dangerous-can be difficult because there are so many types of them. To definitively identify spiders or arachnids, a trained professional is often required with a powerful microscope. It’s usually not that difficult to determine the species or type of spider you’re dealing with at home, provided you understand a bit of spider biology. There are several ways in which you can take care of spider pests.

It is important to note that many types of spiders are found in North America, but only a select few inhabit houses. Sometimes, other species stray inside, but they are accidentally brought into homes via firewood or flowers. A lot of people fear spiders. There are many myths and misconceptions about spiders, which often lead to ineffective and unnecessary chemical treatments for spider nests and other pest infestations.

Some spiders do not bite poisonously

Spider that lives in houses

As the name implies, the common house spider, also called Achaearanea tepidariorum, is quite common. As the most common spider in North America, also known as the American house spider or domestic spider, these arachnids can be found throughout the country.

Spiders in the cellar

Daddy long-legs are technically not spiders, but they are harvestmen. We mention them in honor of the above cellar spider since they are often confused with them.

In the U.S. and parts of Canada, there are numerous species of jumping spiders, but they all belong to the Salticidae family. Depending on the species, jumping spiders can leap up to six inches. Often, these spiders enter homes on firewood or plants, or they can be carried inside by humans.

Agelenid spiders, such as the hobo spider, weave funnel webs in the early morning when covered in dew. These spiders are part of the family Agelenidae. They build their webs in a variety of locations, including windows, doorways, and cellars (not to be confused with the funnel-web spider of Australia), but funnel weavers are not aggressive spiders.

They are giant, hairy spiders with no webs but instead spend their lives searching for food sources from place to place. Wolf spiders are often confused with tarantulas because they are hairy and hunt for food. North America is home to wolf spiders, which belong to the family Lycosidae. Wolf spiders are nocturnal hunters that live outside. Seems like a bird is looking for food if you see one inside.

The bites of small spiders are poisonous

Commonly found indoors (or outdoors), sac spiders belong to the family Miturgidae. The spiders use their silk to cover low corners in a tent-like fashion. While the daytime is spent hiding behind these silky structures, the nocturnal part is spent hunting.

Spiders of the Sicariidae family are brown, also called fiddleback or violin spiders. Although some of the spiders in this group are harmless, the brown recluse is the most dangerous species among the Loxosceles.

Spider-related concerns are at the top of the list for widow spiders, one of the minor types of house spiders. Although you’re probably not dealing with a widow spider in your home, it’s still a good idea to know what you need to look for and how to avoid disturbing them.

How to get rid of small spiders in house?

If you want to get rid of spiders in your apartment or house, we recommend the following methods:

If placed in high-traffic areas, sticky glue traps for spiders can effectively catch and kill them. These traps can be purchased over the counter from home improvement stores. Do not let them contact children or pets, and make sure to check and change them regularly.

You can remove spider webs from your home by using a vacuum with a hose attachment. Be sure to do this immediately after noticing spider webs around your home.

Home remedies can eradicate spiders without using chemicals. Peppermint oil is one of the most effective. Peppermint oil repels spiders because of its strong scent. Spray 15-20 drops of essential oil in a spray bottle filled with water if you notice spider activity. Repeat as necessary.

Using vinegar as a natural spider repellent is an excellent method of eliminating spiders without killing them or using pesticides. Mix half white vinegar and half water in a spray bottle and mist the mixture in the corners of your bedroom or home to repel spiders. Use this spider spray regularly.

Install screens on your doors and windows if you leave them open during the day. Inspect the screens periodically to avoid holes forming.

Keep your home or apartment clean

Keep your home clean. If you have an extendable hose, use it to remove cobwebs and spiderwebs from your vacuum. Don’t forget to vacuum all corners, under all furniture, and even your ceiling. Spiders have a hard time finding hiding spots in clean homes, making it harder for them to live in your house.

Get a spider catcher

After dinner, clean up as soon as possible. If you leave food crumbs or ants in the kitchen, they will attract pests such as ants and beetles, which spiders eat. Wash your dirty dishes within a few hours, and wipe your counters and tables regularly.

The clutter provides spiders with hiding places. To prevent this, keep your home as clutter-free as possible. You should get rid of old magazines, old newspapers, boxes, and piles of clothes.

Store your belongings in airtight plastic containers instead of cardboard boxes. Additionally, your belongings will be protected from dust and moisture damage since spiders won’t be able to hide inside the boxes.