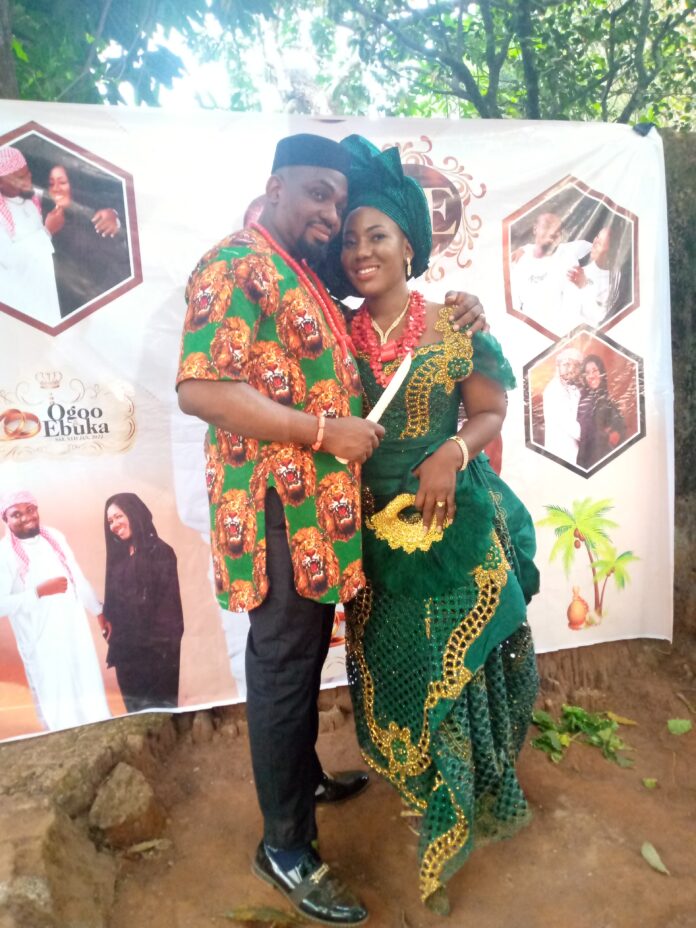 The habits, rituals, and traditions of the Igbo people of southeast Nigeria are known as Igbo culture. It combines traditional ways of doing things with fresh ideas that have either been incorporated into Igbo culture via cultural progress or external influence. The Igbo people’s visual arts, music, and dancing styles, as well as their apparel, cuisine, and linguistic dialects, are all part of their customs and traditions. Their culture’s diversity is heightened further due to their numerous subgroups.

Languages, religions, civilizations, and customs abound throughout Nigeria. The three most prominent tribes in Nigeria are Igbo, Hausa, and Yoruba, with an estimated 371 other tribes. Muslims live in the north of the nation, whereas Christians live in the south. Weddings worldwide are frequently elaborate, multi-day celebrations with many local nuances. Everyone is commonly invited, your attire may vary depending on whose side of the family you come from, and money practically pours down.

The Igbo people developed their melodic and symphonic musical style out of forged iron. Igba, Michalka, and opi, often known as Oja, are additional instruments. Oja is a wind instrument comparable to the flute. Highlife, a prominent kind of music in West Africa that combines jazz and traditional music, is another that Igbo people like listening to.

The Igbo custom of “fukuoka,” which means “knocking,” entails a guy knocking on the door of the bride’s family with his father and other male relatives. The guy typically tells the woman of his intentions to marry her through his father. The men bring gifts, which include kola nuts and alcoholic beverages known as “hot drinks” in Nigerian slang.

Imme Ego, the second phase of an Igbo wedding, is when the bride’s dowry or other fees are paid. Igba Nkwu, which means “bringing wine” in Igba Nkwu, the final traditional ceremonial, is the name. At this thrilling party, the bride must search among the group of males to discover her future husband, who is hiding there. She dances joyfully while searching the room for him. Before offering him a cup of wine to sip, indicating that he is her spouse, she must properly identify her fiancé. After another costume change and the couple’s marriage is officially recognised, there is ecstatic dancing.

Opening Statement/knocking on the door

The groom meets the bride’s family to convey his wish to bring his family to meet them after alerting both sets of families of his choice to marry their daughters. Both families initially get together at the bride’s house on the scheduled day. A few alcoholic beverages and the groom’s parents, grandparents, and other close relatives will travel with him to the bride’s house.

While the bride’s parents and a few other family members get ready and wait for the arrival of their probable new in-laws. When the visitors arrive, the bride’s family greets them and gives them Kola nuts (the officially Igbo welcome gesture). The bride’s father will recognize the groom’s father’s announcement of his son’s desire to visit and respond after speaking with his daughter.

During the first family gathering, it is traditional for the bride and groom’s family not to anticipate an answer to their invitation. But before parting, both families will partake in a few alcoholic beverages and a meal.

Read More: Top 9 Fashion Shoes That You Can Pair With Any Clothes

In most cultures, a person’s birth, marriage, and death are regarded as the three most significant family events. Igboland is no different. It is typical to receive an invitation to an Igbankwu (traditional marriage), and it is very worthwhile to attend one. In Igboland, parents, extended relatives, and communities all participate in marriage in addition to the soon-to-be husband and wife.

The bridegroom first proposes marriage to his future spouse. The groom and his father will go to the bride’s home if the answer is yes. The bridegroom’s father will introduce himself and his son and discuss the reason for his presence. The bride’s father greets everyone, invites his daughter to join him, and inquires about her relationship with the groom.

Her affirmation demonstrates her support for the suggestion. The bride’s price settlement (Ika-Akalika) begins with the groom visiting the bride’s compound on another evening while being accompanied by his father and elders. They bring wine and kola nuts given to the groom-to-be as gifts. The bride price is discussed between the fathers after they have been fed. The bride is often purchased for a symbolic amount, but there may also be other requirements (such as kola nuts, goats, poultry, wine, etc.). Before the ultimate bride’s price is agreed upon, it typically takes more than one evening, providing guests from both sides with a lavish feast.

Payment of the bride’s price

At the bride’s property, another evening is spent paying the bride’s price when the groom’s family delivers the required funds and other items. While the bride’s family and friends are served food and beverages, the money and things are tallied. When everything is finalized, the typical wedding day is scheduled. The bride’s compound is the location of the wedding, where visitors greet and invite the pair in front of the families on the wedding day.

To prove to both families that she can open a store and make money, the bride first walks about selling boiled eggs to the visitors. The groom then chooses a spot amongst the guests while the bride’s father fills an Iko, a wooden cup, with palm wine and delivers it to the girl. She is used to being sidetracked by the invitees as she searches for her husband.

The pair is customarily wedded only after she has located the groom and handed him the cup, and he has tasted the wine. Guests might wish the newlyweds prosperity by tossing money around them or placing banknotes on their foreheads during the nuptial dance, which occurs during this rite.

How long is a wedding ceremony in Nigeria?

Nigerian weddings typically run 30 to an hour for the ceremony and four to six hours for the reception, allowing extra time for costume changes and dancing.

The bride’s parents used to offer the groom a certain sum of money as a dowry to cover the cost of asking their daughter to marry them before the customary wedding ceremony. Both families can (or might) agree to the price, while some might not. As per custom, the two families would meet to negotiate the dowry sum. The two families will decide on the amount of the dowry when it is brought up. Thus there is no predetermined amount.

This part of the Igbo marriage process has disappeared in specific rural communities. It is gradually disappearing in others because of modernization. Today’s parents know that their daughter is not for sale. Thus talking about the dowry is more of a show of respect. Or the bride’s parents can ask for a modest donation to satisfy traditional standards.

What are the four tenets of Igbo culture?

The principles of community, family, respect for elders, life, and hospitality are prioritized in traditional Igbo culture. However, due to globalization, these conventional values directly conflict with western culture.

What is the Igbo word for a traditional wedding?

The bride bringing her father’s wine to seek for her groom is a significant aspect of the traditional Igbo wedding ceremony known as Igba Nkwu (The Wine Carrying Ceremony).

Hoodie That Makes the Cold Bearable

How to stay on top of fashion