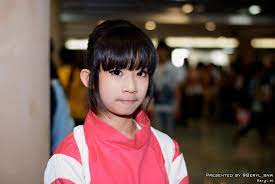 For the first moment, a generation of teenagers came together in opposition to adults during the 1970s and adopted a sense of social solidarity. The second half of the 1970s was when young people rejected the norms of previous generations and adopted an aggressive position towards them, demanding new trends. The decade saw the beginning of street fashion in Japan. Appreciation for the “adult” lifestyle emerged in the first half of the 1980s against the backdrop of the consumer society, as evidenced by nyutora (new traditional), hematoma (Yokohama traditional), & preppy aesthetics, as well as in publications.

The American way of life

To showcase the American way of life in magazines and others are created, with American university students’ lives serving as their role models. The counterculture, or the society of the children as opposed to the culture of the adults, provided the essence of style during the 1980s, much like developments during the first decade of the 1980s rebutted those of the second half of the 1970s. Youth and change are once more prominent during this time. This starts with the DC boom (DC stands for “designer” and “character”), which was the first style to begin in Japan rather than be dependent on copying styles from abroad.

The shinjinrui period, which followed the baby boomer generation and tried to break away from it in the second half of the 1970s, is the primary driver of this trend. These generations of people are skilled at using symbolism. Youngsters introduce, sell, and adopt several new social traditions. Examples include bodycon (body-conscious), Italian casual, & Hip hop styles.

How to Wear Japanese Fashion from the 1980s?

When a seemingly new trend circulates among shops, fast fashion chains, superstars, influencers, & social media, one thing I frequently hear my parents say is, “We wore that back then.” They would then back that up with images from when they were younger, and presto, the attire we believed was innovative was worn by the grandparents and our parents first.

But leaving things aside, taking a stroll along the street where everything began and how it developed through time is always a pleasant experience. Yes, they were the first to do it, but the present generation made specific changes to grow it into what it is now. That merits some praise.

However, discussing current 2020 styles or fashion from the 2000s is outside the scope of this essay. Let’s travel back forty years to the 1980s to learn more about the controversy surrounding fashion there.

Japan consistently ranks as one of the most distinctive nations in fashion and society. Nothing changed in the 1980s. Even a few decades ago, “The Land of the Increasing Sun” was the home of advancing cultural and morning fashion trends.

The 1980s saw a rise in western interference and a desire among young people to express their opinions through clothing. Women’s magazines inspired a plethora of classic outfits that swept the streets.

In the 1980s, how did culture influence trends, and how did trends influence culture? Learn important details about those eras’ Japanese fashion and lifestyle by reading on.

The Early 1980s were dominated by Preppy Style

The introduction of preppy styles signaled the transition from the 1970s to the 1980s. The youngsters appreciated the sleek appearance that was modeled after fashionable school uniforms. There were cardigans, midi dresses, button-down shirts, blazers, and loafers everywhere.

The Rise in Popularity of Fashion Magazines

In the late 1970s, the clothing and lifestyle publications JJ & Popeye were founded. They dominated young culture and fashion at the beginning of the 1980s.

The first women’s publication to focus on readers here between the ages of 17 and 26 was JJ. The publication offered a door to the fashion tastes of American university students, who served as the publication’s models. Preppy fashion was therefore declared to be the hottest trend.

On the contrary hands, was a publication for men’s fashion. It influenced young males similarly that JJ influenced young women according with its tagline. This magazine still seems to be available. You can therefore obtain their information with the assistance of translation service providers.

The DC boom was one of the first fashion fads with Japanese roots (“designer and character”). In the DC boom, originality & creativity were paramount.

The shinjinrui (new breed) population, who at the time was the dominant youth generation, aimed to distinguish their fashion from that of western culture. They succeeded in doing so by expressing their uniqueness in any way possible.

Parisian streetwear also arrived in Japan in the second half of the 1980s. The shinjinrui age was no newcomer to pairing traditional trousers with a black MA-1 jacket.

It’s interesting to note that this fashion trend is still prevalent today. Therefore, if you want to adopt an ’80s aesthetic when visiting Japan, wear this outfit, brush up on your Japanese, and you’ll fit in just fine.

For Japanese fashion impressionist paintings, the 1980s were a golden era. Youth at the moment attempted to demonstrate the lasting connection between fashion and society. That connection still exists today, as Japan continues to tell us that it’s the world’s foremost fashion powerhouse with every growing phenomenon.

The 1980s, known for their “power clothes,” began with fashionable sportswear and the mellow “New Romantics” look. Women started wearing trendy gym clothing in their daily lives in the late 1970s, continuing a trend spurred by the exercise craze.

Japanese street fashion of the 1970s is recognized as gyaru (sometimes referred to as crime is an offense, which is a subset of gyaru). Gyaru emphasizes girly-glam fashion, focusing on manufactured beauty products like wigs, false eyelashes, and acrylic nails. Gyaru draws a lot of inspiration from the Western style as well.

What Makes Embroidery Suitable for Every Occasion