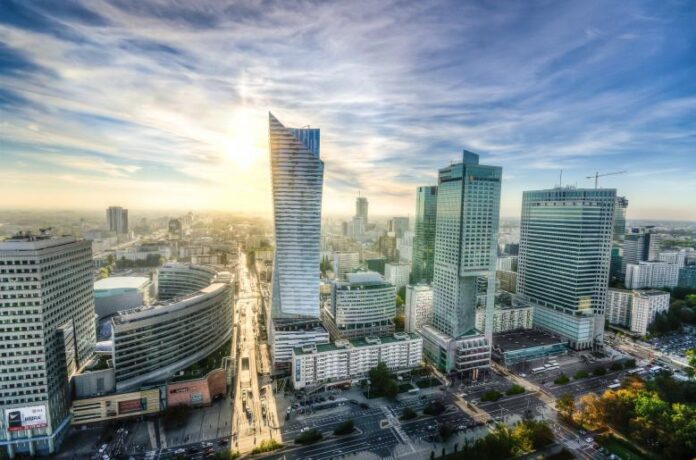 What Is the Cost of Living in Warsaw?

The Polish capital’s population is expanding, and the city is growing more and more global.

The most amazing thing about Warsaw is how thoroughly it was rebuilt after World War II; it is indeed hard to imagine that most everything around you is just over 70 years old.

In some industries (banking, internet transactions, credit cards, etc.), Warsaw is behind Western nations while dominating in others.

With time, Warsaw evolved into a city with lots of leisurely food, cafes, beer gardens, and many Michelin-rated restaurants. There are also many cheap cafes where you can have a meal for as little as $6. In addition, you can think about eating food or Chinese food instead of going to a fancy restaurant.

Naturally, you might eat comfortably for roughly $40 in groceries each week if you prepare meals at home. However, having access to fresh produce is a benefit of residing in a country’s capital city. You could always buy fresh fruits and vegetables directly from the growers at one of Warsaw’s many street markets. Local businesses are open late or are always available.

The best system for public transportation is in Warsaw since every vehicle is always on time, no matter what, and if it is only a few mins early, people start to worry about what happened to the bus. Furthermore, it is pretty reasonably priced! While a one-way bus fee is roughly $1.17, a monthly pass is nearly $30.

When renting a home in Warsaw, it is a good idea to find out how much the utility will cost. Oddly enough, your costs in Warsaw will be similar to those from the preponderance of Polish cities.

In an 85m2 apartment, essential utilities, including electricity, drainage, gas, and waste services, would cost about 160$. During the winter, heating costs could go up.

Warsaw provides so many great outdoor athletic options that you can rent a bike or go for a jog in a neighboring forest. Along with several parks, there are a lot of sports facilities.

Any such institution will let you join for only $30 monthly. Theaters, galleries, festivals, and concerts are just a few entertainment alternatives available in the city. A cinema ticket costs roughly $7 in Warsaw.

You have a wide range of options for mid and large-sized malls and shopping centers in Warsaw. However, prices are not as affordable compared to other Polish cities. You can purchase high-quality jeans here for not less than $70 & running shoes from names like Nike for more than $75. Lighter clothes will set you back slightly over $35.

A 45 m2 small apartment in Warsaw would cost roughly $400 per month to rent. When contrasted with a more Western environment, Warsaw apartments are somewhat small. You will have a lovely apartment in a great location if you choose a flat throughout the city centre, but you will pay 70% more than of your wage. The cost of rent, nevertheless, still relies on the location you select to live in Warsaw.

What Is the Average Person’s Spending Pattern in Warsaw?

Rent in Warsaw is incredibly pricey, therefore it makes sense that a typical inhabitant of such a city spends a larger portion of their income on rental than on groceries (more than in many Polish cities).

This only occurs in cities with exceptionally high rents, which have surged recently due to increased tourism and the emergence of AirBnBs.

Food is, without a doubt, the second-largest expense for people living in Warsaw.

Apart from housing and food, other daily expenses that people incur include eating out and commuting.

Warsaw’s utilities have a smaller proportion than those in most other nations.

Although Warsaw’s earnings are not the highest in Europe, they are rising quickly; the city’s minimum salary is currently over $500.

Additionally, Warsaw’s affordable cost of living makes it possible for you to live comfortably, even if you don’t work or receive an income from the city.

The good news is that plenty of foreign businesses are already operating here, and more are on their way.

The top-paying Polish city is Warsaw, with an average income above $1100. With this income, one can rent a home, eat, travel, and even save.

The standard wage range in Warsaw is between 800 and 1000 dollars, but in most other cities, it is considerably lower, and residents often make less money overall.

Warsaw, Poland, has a $1,113 cost of living, which seems high compared to the typical monthly wage of $922. Check out the pricing list for cafes, markets, transport, utilities, & 40 more subcategories for more information on living expenses.

What is a reasonable wage for living in Warsaw?

The average monthly take-home pay in Warsaw is about 5000 PLN or 1250 USD. This graph demonstrates how prosperous Warsaw is on a local as well as a national level.

Staying in Warsaw means having access to a significant cultural hub and recreational options. Poland’s capital, Warsaw, is home to most of its cultural institutions & events. There are also many theatres, concert venues, cinemas, and other media types.

Where To Buy The Best Glass Food Storage Containers

Watercolors have a lot of advantages