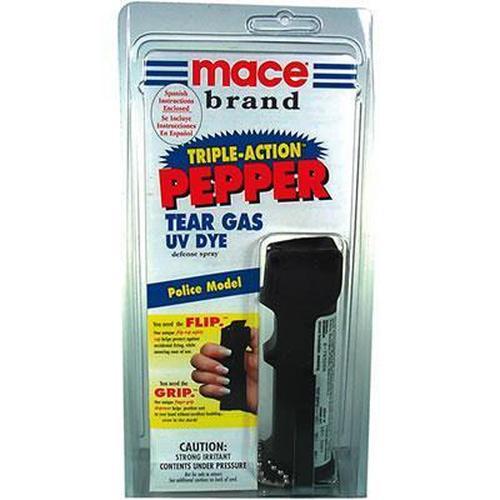 Pepper spray is a defensive device that temporarily stops a threat and allows the user to escape physical harm from their assailant. It is unlawful for the user to use pepper spray for any other reason and could incur criminal and civil penalties if used for other purposes.

How Effective Is Pepper Spray?

So, just how effective is pepper spray? While it can be highly effective in certain situations, it’s different from the versatile self-defense product it’s touted to be.

Pepper spray for sale brands like to boast of the product’s long-range capability and intensive stopping power, but in reality, pepper spray is less practical to deploy than one might think. For instance, it’s hard to anticipate whether someone from far away could be an attacker.

However, if you’re certain they are, you’d better have your pepper spray in your hand and ready to go, with the safety switch off and your finger on the spray trigger. Otherwise, it’s unlikely you could get your pepper spray out, spray the attacker accurately in the face and eyes, and stop the person before you are harmed.

Keep in mind that criminals won’t make it easy for you. What if you’re surprised and grabbed from an angle or direction other than the front? Grabbing someone tightly from behind over the arms is a common predatory attack. In a close-range struggle with an attacker, will you be able to use your pepper spray effectively and incapacitate the attacker — and not yourself?

Is Pepper Spray Good for Self-Defense?

With the abovementioned limitations, you may wonder if pepper spray is even worth carrying. Of course, pepper spray has its place in the world, but like anything else, you should approach self-defense reasonably and not count on pepper spray as the magic solution.

In general, pepper spray is an excellent, non-violent deterrent, which is why it is widely used by police and other authorities worldwide. However, some people seem less affected by pepper spray than most people and have continued to put up significant resistance, even when sprayed directly in the face by an officer trying to subdue them.

Although rare, some people also have a genetic variation that means the active chemical in pepper spray, derived from the chili plant, does not bind to pain receptors in their body the way it does in everyone else, so it does not affect them at all – they are immune.

If you are looking for self-defense tools like body shields, pepper spray, and stun gun for sale, then Shop from the BSA website, which has a wide range of high-quality products.

Aluminium: The Metal of the Future for Designers