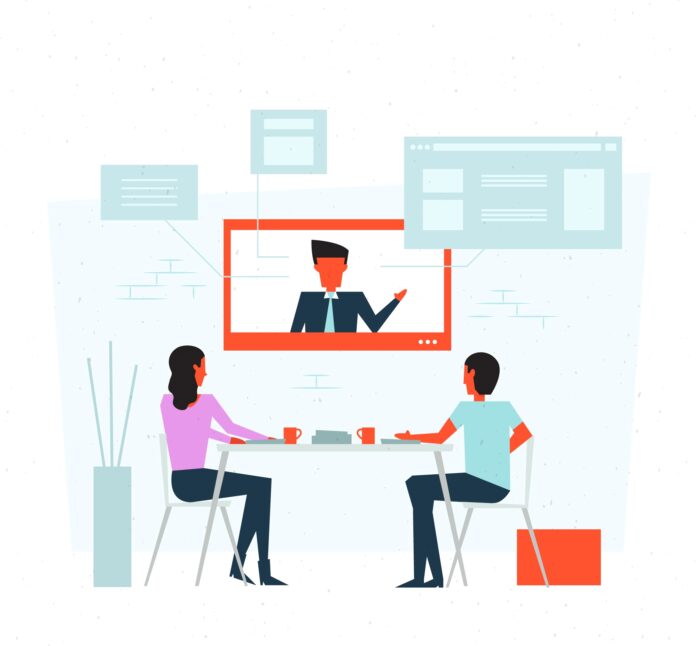 The advent of E-Commerce has revolutionized the traditional marketplace into a digital one. This shift in the global marketplace has prompted businesses of every kind to enter the digital marketplace. And the development of web applications indeed plays a major role in this digital shift.

The use of web apps not only helps businesses to interact and engage with their target audiences but also allows them to boost sales seamlessly.

What are web applications?

Web applications or web apps are computer programs that usually run on any web browser without being downloaded. It helps in performing multiple tasks altogether without having to run in isolation. The common types of web apps are shopping carts, online forms, content management systems (CMS), spreadsheets, etc.

With so much technological advancement and interconnected shifts in the global markets, the risk also increases rapidly. Web applications may face security scrutiny from the authorities and users if proper measures are not taken into consideration. One may also face multiple cyber attacks and malware issues while using web apps putting data at risk. So, it’s important to learn about the major threats faced by web applications to avoid them in future.

8 Common Threats Faced By Web Applications From Time to Time

Distributed denial of service (DDoS) is a type of web application security attack that floods the server or the network or the system with requests to deplete the resources that the web application is using. This results in making the web application inaccessible or unavailable to its original administrator or legitimate users. Therefore, when the user is busy with this, the hackers use this as a smokescreen for other malicious activities.

When any malicious software or program exploits your web application, it is known as a malware attack. Malware is a generalized term that encompasses various and synonymous types of attacks like ransomware, spyware, Trojans, worms, viruses, file-less malware, and so on. Such attacks are more security invasive and might trick the users to install malicious programs. Additionally, the malware uses evasive and obfuscation techniques to trick the devices and security control to download such malware.

The SQL injection attack is one of the most common web application security threats. In this attack, a malicious SQL code or unsanitized input extracts the data and information from a backend database. These unsanitized inputs get into the server and override the security controls to get an insight into sensitive data that would otherwise be hidden.

The cross-site scripting or XSS attack is also a form of injection attack like the SQL injection attack. It is a type of web application security threat where malware/malicious code/ malicious scripts are injected into the web app itself. This results in exploiting the vulnerabilities of the web application to steal confidential data, session cookies, and sensitive and valuable information as well as spread malware or impersonate the user. Such an attack can intercept and compromise the communication between the web browser and the server.

Cross-Site Request Forgery or CSRF is a type of web application cyber security attack where the user’s web browser takes some unrecognizable/unwanted actions within the web app. These unwanted actions usually lead to the theft of information and happen when the user is already logged into it. Additionally, it is such a security threat that such attacks lead to an unrequested transfer of funds or unwanted payments.

Botnet attacks are a type of security attack where the attackers leverage the botnets for DDoS attacks, malware attacks, perpetuating fraud, data theft, and data leak. A botnet is a network of computers or a collection of connected devices controlled and compromised by attackers to spread malware or send out spam.

Remote file inclusion is a web application security threat where the hackers remotely inject a particular file into the server running the web app to corrupt its code. The file injection initially triggers bad scripts to overwrite the existing code, which questions the web app’s credibility.

Social engineering attacks are such security attacks that manipulate users psychologically and coax them into taking actions that lead to data leaks. These actions may reveal sensitive information, protected databases, give away passwords, download malware, purchase contraband, false fun transfers, etc. Such attackers usually gain the user’s trust and falsely get into the database to steal information. Some common social engineering attacks are phishing, scams, baiting, tailgating, etc.

Some practices and tools help in controlling the safety net of web applications. Professional experts like mobile application development company that can prevent any schemed attacks or security hacks. Here are some best practices you can employ to protect your database and have a strong security firewall.

A web Application Firewall (WAF) is one of the tools used to safeguard your web application from security hacks and malware. WAF acts as a defensive system for your web app by checking in on all the incoming traffic and blocking any suspicious activity and attempted cyber attacks.

If you want, you can build a customized WAF with the help of developers that will align with your business requirements and minimize specific risks as well as threats. WAF is an intelligent firewall that has intelligent automation, with a cutting-edge scanner that fixes all the vulnerabilities before the attackers can exploit them.

Runtime application Self-Protection (RASP) is also a safeguard tool that will help you to identify all suspicious activity as well as incoming threats and stop them from manifesting.

Web applications are highly functional and hold a major part of the digital community. They are very widespread as most organizations directly or indirectly use them. With so much data produced online every second, we need to take proper precautions to prevent any kind of theft or hacking. There are various web app development service providers that can take care of all the probable security threats mentioned above. You need the absolute best for your web app to function seamlessly while at the same time holding a rock-solid foothold from all types of threats and hacking.

What is Enclosed Auto Transport services?

What is multi car transport services?

ghiselle rousso - December 6, 2022 0
The cost of the Snap on Smile treatment is also quite affordable in the United Arab Emirates.
Business

ghiselle rousso - December 6, 2022 0
Dental implant are designed to replicate the strength and functionality of natural teeth. They can improve your eating and speaking abilities.